Perhaps you are looking for:

After leading the company as Chief Executive Officer for 16 years, Thorfinn Hansen has announced that he wants to step aside throughout the autumn and follow Simployer's further development from the sideline. 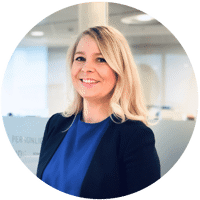 - After over 27 years in a company of which 16 years as a CEO, it is difficult to find the right time to leave, but I have been thinking about this for a while now, and feel that the time has come for me. We have created a solid platform over many years, and I am sure that the company will continue the rapid development we have seen in recent years.

Since its inception in 1985, Simployer has doubled its revenues every 6 years and left a solid mark and footprint in the Norwegian market within HR software and knowledge services. Following several acquisitions in Sweden, the company is now also on its way into Northern Europe with significant growth ambitions. In 2020, Ferd came in as the majority owner who further secure Simployer's ambitions for further growth.

- Even before Ferd came into the picture, we had created a good starting point and fundament. For the past year and a half, we have worked with a new majority owner and through the pandemic on several parallel projects to elevate organization, products, and technology. In sum, we now see a company that is well equipped to move forward.

Chairman of the Board of Simployer Group, Frode Haugli, says that Hansen's resignation is regrettable, but that he has great respect for the fact that he wants to resign at a time when the company is firmly rooted and secured for further growth:

- Thorfinn has done a phenomenal job for the company during his long period as an employee and top manager. The development Infotjenester and Simployer have undergone during this period is unusually strong and successful. Today, the company appears bigger and stronger than ever before. At the same time, the ambitions and opportunities that lie ahead of us are also very grand - and will require a lot. In such a light, we believe a long-term perspective at the top in the long run will be good for the company, says Frode Haugli.

Thorfinn Hansen will continue in the position of CEO until a successor is in place.